The China-ASEAN experts were invited to discuss and share experience in the path towards the adoption of diversified dispute settlement mechanism in their respective countries. It is believed that diversified dispute settlement mechanism has its the practical significance and the guidance function; and can contribute towards the enhancement of bilateral exchanges and cooperation of China-ASEAN business laws, and help China-ASEAN enterprises better conduct the trade and investment cooperation.

Mr Michael Chai (ACCCIM) represented NCCIM/Malaysia, and he spoke to share our Malaysian scenario on the matter. The event was a hybrid of physical live and virtual; with representatives from CCIs in ASEAN on a virtual participation.

The symposium was hosted by the China Council for the Promotion of International Trade (CCPIT), the People’s Government of Guangxi Zhuang Autonomous Region of China and the National Chambers of Commerce and Industry of ASEAN, and organized by the Department of Legal Affairs, CCPIT and the China-ASEAN Business and Investment Summit (CABIS) Secretariat.

The Symposium is an activity under the framework of the CABIS, which is established to follow the development of the China-ASEAN economic and trade cooperation and the growing demand for commercial legal services. Since the Symposium’s establishment in 2014, it has drawn further attention and active participation of industrial enterprises, legal circles and research institutions in China and ASEAN countries. A total of about 700 person-times of China-ASEAN business leaders, entrepreneurs, senior professional lawyers, and experts and scholars have attended the Symposium, making it an important platform for exchange and cooperation of business laws and the effective supply of commercial legal services among China and ASEAN countries. The Symposium has a significant effect on promoting China-ASEAN trade and investment cooperation. 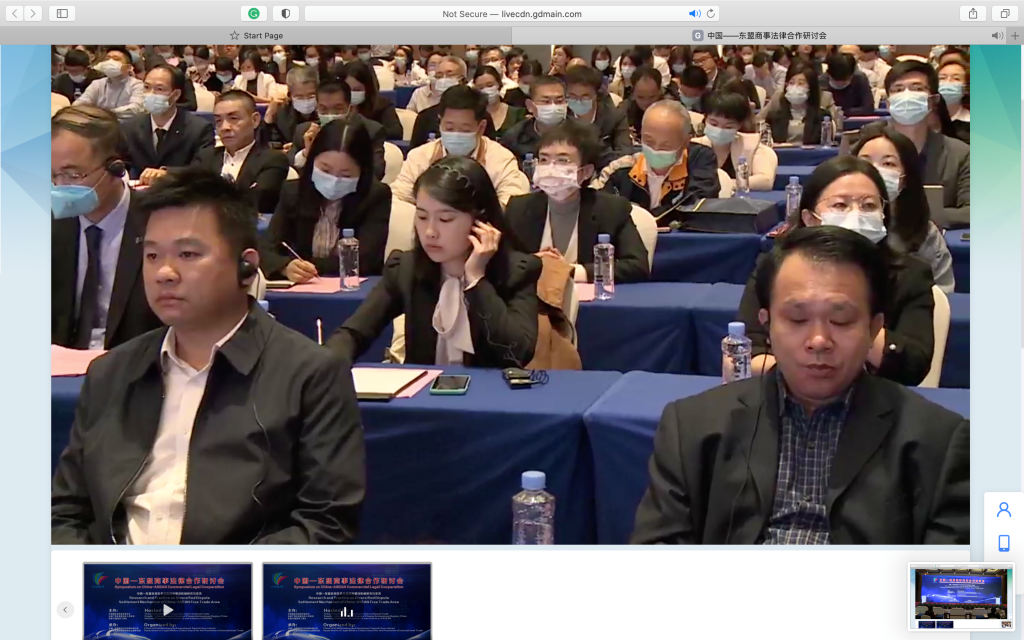