The Constituent Chambers are the prime movers to the federation of 5 key national trade associations to establish NCCIM – each characterized with its unique set of rules and objectives to serve the interests of their members, and with their own focus and perspectives on business issues.

They are structured with their localized constituent chambers or branches at the state level throughout Malaysia (and even at district levels), including affiliations/membership from other local trade associations in their geographical area.

Despite their autonomy as independent national entities and being characterized by its unique blend of values and aspirations within each; NCCIM leverages on this diversity as an asset as to enable the deliverance of balanced qualitative feedback to the Government of Malaysia on economic issues to enable the formulation of appropriate policies in the management of the nation’s economic ecosystem. It also enables a dynamic Malaysian private sector in collective endeavors to represent, promote and be the voice of the business community on the home and global fronts.

It is also lends testimony to showcase Malaysia’s ability to leverage on “diversity as a strength” in the steering of its economic ecosystem.

In brief, the 5 constituent chambers are highlighted as follows:

THE ASSOCIATED CHINESE CHAMBERS OF COMMERCE AND INDUSTRY OF MALAYSIA (ACCCIM) 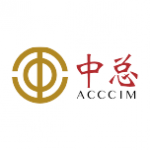 Founded on 2nd July 1921, ACCCIM has 17 Constituent Members located separately in the 13 states and Federal Territories of Malaysia. Direct and indirect membership of all Constituent Members are well over 100,000, representing Malaysian Chinese companies, individuals and trade associations in particular and the Chinese business community in general. Membership of ACCCIM include Eminent Members, Associate Members, and more than 5,000 young entrepreneurs. 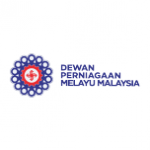 The Malay Chamber of Commerce Malaysia was established in 1957; and was known as “Gabungan Dewan-Dewan Perniagaan Melayu Se-Malaya (GDPMM)”.

With the rapid development of the Malaysian economy, MCCM roles has become more challenging in its pursuit in helping Malay entrepreneur in having its fair share of the economy, and this is achieved by being the voice of Malay businesses, promoting collaboration and helping members to grow, locally and internationally. 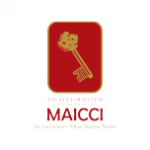 The Malaysian Associated Indian Chambers of Commerce & Industry (MAICCI), represented both on the domestic and international fronts; is a founding member of NCCIM. MAICCI is the biggest national organization for Malaysian Indian businesses; with 14 State Chambers and 18 Indian Trade Associations – representing an outreach of over 36,000 Indian Business Entities.

Serving as a voice for the Malaysian Indian business community and as the agent for the implementation of Government policies MAICCI plays a pivotal role in the promotion, protection and advancement of all economic interests of the Malaysian Indians. Among the many strengths of MAICCI is its rapport with relevant ministries and government agencies in the country as The Government’s Official Dialogue Partner. This relationship which has been built over a solid historical foundation clearly indicates MAICCI’s strong stand in advocating matters and conducting constructive negotiations that affect the economic interests and business goals of its members and the Malaysian Indian Business community at large. 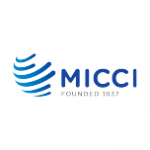 MICCI’s mission as a Chamber is to facilitate and support members in their goal to successfully develop their business in Malaysia and this is done by engaging with state and federal governments to continue to ensure the development and implementation of robust regulatory framework, which is conducive to a healthy business environment.

THE FEDERATION OF MALAYSIAN MANUFACTURERS (FMM) 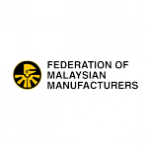 As a key industry organization in Malaysia with a nationwide network of ten branches, the Federation of Malaysian Manufacturers (FMM) is officially recognized and acknowledged as the voice of the manufacturing sector. Established in 1968, FMM now represents the interest of over 10,000 member companies (3,500 direct and 7,000 indirect) from the manufacturing supply chain with around 70% SMEs and 30% large companies.

FMM’s vision is to make Malaysian industries globally competitive. Our key focus is advocating interests of the industry to ensure a conducive environment for growing investment and trade. We also focus on capacity building through organizing programs aimed at enhancing quality, productivity and competitiveness of Malaysian products.